What Your Grocery Store Can Teach You About Building Your Network Marketing Business.

What to Do When Prospects Give You Excuses…

Why Leaders are Secretly Using the Internet to Prospect & Recruit, While Telling Their Downline to Keep It “Old School”

How To Deal with Negative Friends & Family Who Hate Network Marketing

We all are not new to rejection and negative friends, family and others who don't like our industry very much, especially in the early phase of starting our business.

After having some heated arguments with them, I can't even describe the feeling of regretting my own decision of wanting to build a network marketing business.

Some of them straightforwardly tell me on my face, "Adnan! You're a software engineer! You work in one of the top IT companies! You get a high compensation! What the hell are you doing selling vitamins?!?"

And in my mind, I was yelling at them “I WANT MY FREEDOM DAMMIT!!”

Each time after these types of conversations I felt defeated and stupid and sometimes even walk away with tears in my eyes.

But then, I would always motivate myself by saying “I am not taking anything from anyone. In Fact I am helping others by showing them a way to achieve their dreams. And in that way I am doing the right thing”.

For 3.5 years of trying to build my business I not only dealt with all these negativity but also actually destroyed myself financially by spending too much on courses, tools and shiny objects which gave me zero ROI.

But this financial debt was also not enough to discourage me from achieving my goals.

I was attending all of my company’s events to keep myself motivated and to figure out what the other leaders are doing different than me which is leading them to success and keeping me stuck.

It was one of those events where a leader shared his story of struggle and success which opened my eyes and was a turning point for me in my business.

The leader’s name is Mohan and as medical store owner he was financially very strong but was craving for the time freedom coz he had no social life and all the time had to be present at the store.

The heated argument between him and his father went till the extent where his father asked him to choose between this business and staying home together with family.

But there was one big difference between Mohan and myself…

Experienced or NOT, His Father Didn’t Knew Anything About Network Marketing

His father was an expert in some field and could confidently explain and defend his life's work to others.

But he was not an expert in Mohan's field…

And that’s the whole point here, Your Belief In What You Do Will Make You “Bullet-Proof”

So, Mohan without second thought left the house with his wife and moved to a rented flat.

After this with 2 years of time Mohan built a successful and duplicatable business which didn't require him to work all the time.

In just another year he was able to buy a nice house and a fully paid car which our company provides at a certain rank.

Eventually his family and especially his father was very proud and happy of his achievements.

"Mohan's belief was stronger than his father's opinion"

I realized in that moment when Mohan's father was crapping all over his new business, that Mohan's belief and reality was stronger than his father's.

His father was arguing from the position of ignorance, no matter how experienced and smart he was but Mohan proved that he was right.

And at that point I realized that, if I have a true belief in what I am doing and how I am living my life, I should be willing to defend my beliefs and stand up to those who put down those beliefs…

Otherwise, it's not a belief… it's an opinion.

From that point on in network marketing and beyond, I always made sure I was operating from a position of strength and conviction, so that people close to me never say anything negative about my business.

In fact, my friends enjoy my company and seems to be genuinely happy for my success. They are starting to see as well the positive impact I'm making in the lives of others.

I'll crush their ignorance intellectually and make sure they know my conviction is greater than theirs.

Mohan's story made me understand the power of belief in business.

Believing in yourself and what you're doing will make you "bullet proof" and people will sense that belief and will rarely challenge you on it.

And as most people have lack of belief and conviction in their lives, your belief will make you attractive and influential to them.

Ultimately, they will want to have for themselves the confidence that your belief gives you.

How To Develop the Belief of a Top Earner

Now the big question here is, how to develop that kind of belief and confidence in your network marketing business when all you've faced is failure, struggle and rejection from everyone close to you?

Think about it logically…

And you have been explained hundreds of times by your upline and/or company, how you can make money in this profession, which completely makes sense to you.

That's why you landed in this profession coz you know this is a perfectly legal business.

But, you still have some doubts. And those doubts are causing lack of belief in you and keeping you stuck.

You know… I was there too…

But, my belief started growing when I found a sensible and viable strategy to build my business.

My belief and business started growing when I started taking it like a real business and started learning some key online marketing and closing skills.

(Imagine never having to prospect strangers ever again)

When I discovered a way to build my business online, I believed.

When I got my first lead using online strategies I believed.

When I started to build influence and people got attracted to me instead of me chasing everyone, I believed.

When I got my first cheque from my network marketing company, I became "bullet proof"

You can't train yourself to have belief if you want to build your network marketing business.

Belief Only Comes From RESULTS.

I started getting results when I learned an online marketing strategy called "attraction marketing".

Now I help Network Marketers just like you who are looking for a leveraged way of building their home businesses, to unlock the power of attraction marketing.

With the knowledge I have gained in online marketing from my mentor Ferny Ceballos, I have authored a free 10 day crash course in online recruiting strategies which can help you avoid the rejection you face in traditional prospecting, and help you explode your income recruiting new interested prospects into your business.

Whatever method (online or traditional), I wish your belief in the path you've chosen is reflected in your results.

I wish you good luck.

Here’s the Quick, Proven & Simple way to recruit an army of serious people right from the comfort of your home using the internet - With no rejection and without wasting your time & money in chasing wrong prospects. 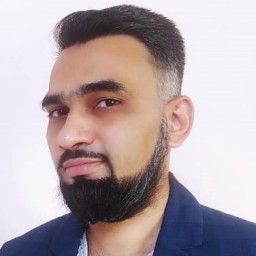 Adnan Kotawala is a Computer Science Engineering graduate. After working for 14 years as a software engineer his belief in entrepreneurship encouraged him to step into network marketing. He truly believes in embracing the changes in technology with Social Media being one of the biggest Networking Assets! From 2016 to Now he has been exposed to many tools and courses and he is a big believer of the fact that it’s easier to learn from someone who’s already learned and implemented what you’re looking for! So he strongly recommend each and everyone to invest in the right mentorship to grow fast in life and in business.

Please log in again. The login page will open in a new tab. After logging in you can close it and return to this page.

Let Me Send You A Free Video Course!

These results are NOT Typical, but these strategies can work for you if you put in the efforts it requires to be successful. You can start using them right now even if you have zero experience.

As a gift you'll also receive a subscription to our daily newsletter with helpful tips on building you business. Your data will be processed in accordance with our Privacy Policy. You can unsubscribe anytime by clicking the unsubscribe link in our email newsletter.

Enter your name and best email address below and click the "GET INSTANT ACCESS NOW!" button to get your Blueprint now and receive step-by-step instructions on how to ATTRACT prospects & customers to your business!

Yes, I Want The Blueprint!

We respect your privacy. Your email address will never be shared or sold.

As an additional gift, you'll also receive a subscription to our daily newsletter with exclusive offers and helpful tips. We will process your data under our privacy policy. You may unsubscribe at any time by clicking on the unsubscribe in our newsletter.